Our 2022 Open House was held on Saturday, May 14, 2022, from 3-5 p.m. Visitors took a tour of the 1883 and 1926 schoolhouses. At 5 p.m., we included a live auction featuring homemade arts and crafts and goodies. At 7 p.m., a BBQ meal of pork and chick was available. Check our Events Calendar for other Friends-sponsored events to attend.

Today, the buildings are owned by the Cherry Mountain Community Club and are used for meetings, weddings, reunions, and special parties.

To schedule a visit or tour when the school isn't conducting a scheduled open house, call the Cave Creek rental contact person below or complete our Contact Us form and select Cherry Mountain School from the dropdown. Include the date/time of your request along with details.

Built in 1926. Consolidated in 1949. Discipline was strict in the family homes and at school. There was a threat of the "switch" or paddle, but few children suffered this. Most common was that the "mischief" maker had to stay in the classroom during recess. Sometimes a pupil would have to stand facing the blackboard with their nose "stuck" in a chalk-drawn ring. Standing in the corner or by the teacher's desk was also common.

In 1883, 10 students enrolled for classes in their new school at Cherry Mountain, northwest of Fredericksburg, on land donated by Carl Durst. The first school building was a log cabin type to which a room constructed of limestone was later added. Teachers lived on the property in the loft or with close neighbors. 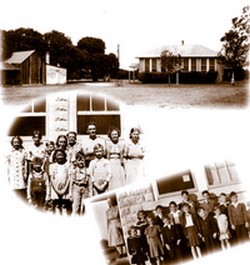 When the school first started, drinking water was obtained from the William Thiele residence located about 250 yards from the school. Later, a well was drilled on the school property. At first, children drank water from a bucket using a single dipper. Later, students brought their own collapsible cups that were kept in their desks.

A second school was built in 1926. Otto Thiele donated approximately 1½ acres for this new school. Ed Roos did the masonry work, Fritz Rummler was the carpenter, and Otto Kentron and Otto Schuch were helpers. J. F. Oehler was the first teacher at the new school. Enrollment in the first year was 39 students, with 36 in attendance the second year. The first school started with five grades, with two more added later, followed by an eighth. In 1927-28, a ninth grade was also taught. Night school for eighth and ninth grades was added in 1931-33. Reinhold Weber was the teacher at the time. The school consolidated with Fredericksburg ISD in 1949. 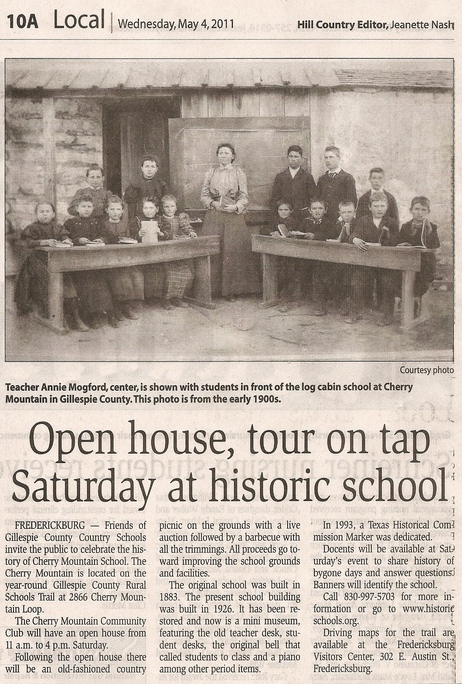 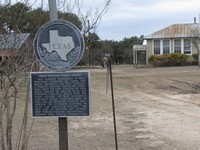 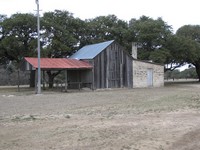 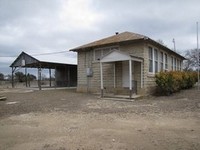